Comet, Lavorwash And Lcr Honda Together in MotoGp 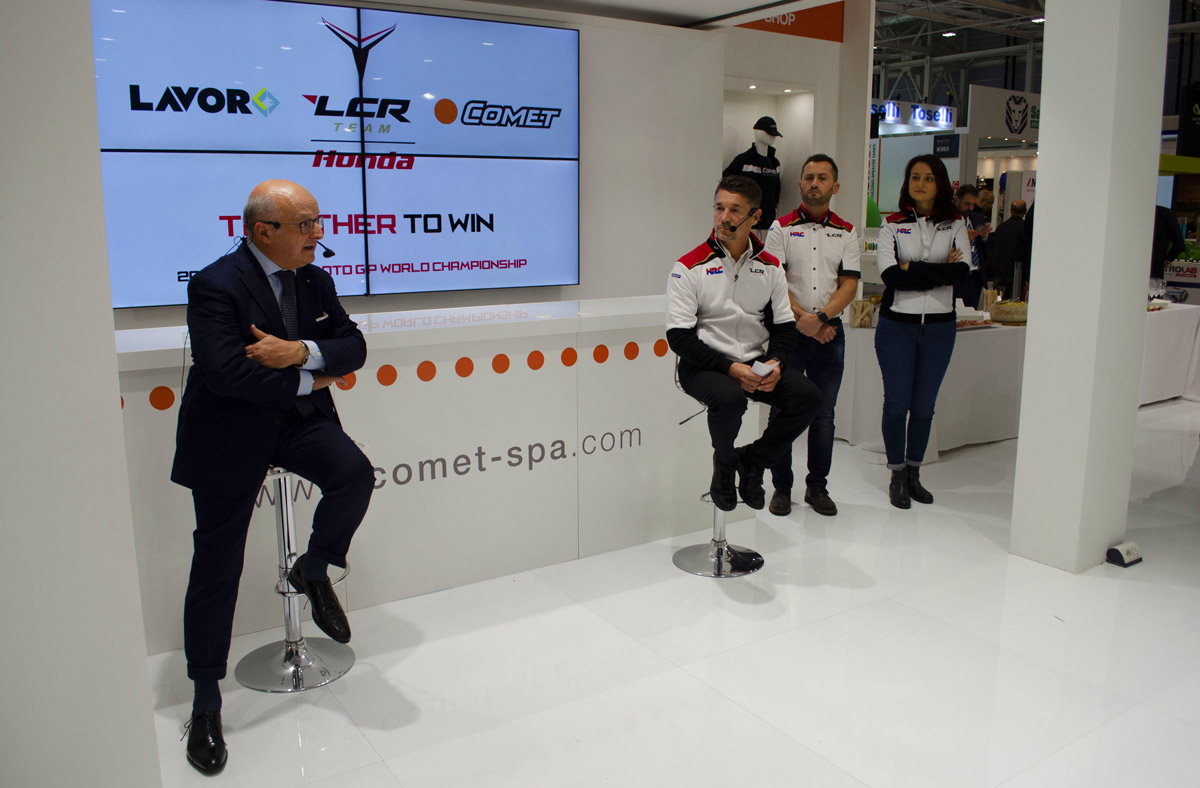 The Comet Group is pleased to announce the signing of a sponsorship contract that will bind the companies Comet Spa and Lavorwash Spa to the LCR Honda team for the 2019, 2020 and 2021 seasons of the MotoGP World Championship as “Major Sponsors” and “Official Cleaning Technologies Suppliers”.

Both companies will benefit from the great international exposure resulting from this sponsorship and the related brands will alternate on the side of the official Honda RC213V ridden by British Cal Crutchlow in the 19 Grand Prix races that make up the World Championship.

Comet S.p.A. was established in Reggio Emilia in 1959 and is part of the Emak Group. It is currently present in 130 countries through its sales subsidiaries in France, the United States, Mexico and Brazil and its network of agents and distributors. The company is leader in the field of diaphragm and piston pumps for the agricultural and industrial sectors, as well as producing a complete line of high-pressure cleaners ranging from compact models for commercial use to large units for industrial and professional environments.

Lavorwash S.p.A. was set up in 1975 in Pegognaga (Mantua), produces and markets a wide and diversified range of units for domestic and professional cleaning: high-pressure cleaners, vacuum cleaners, liquid vacuum cleaners, carpet cleaners, scrubbing machines, sweepers and steam generators. In 2017 Lavorwash was acquired by the Comet Group, which to date, with about 750 employees and a total turnover of over 180 million Euros, is one of the most dynamic and fastest-growing companies on the entire Italian manufacturing scene.

The LCR Team (Lucio Cecchinello Racing) was established in 1996 when Lucio Cecchinello decided to found his own team. With more than 500 races to its credit in the different categories, the LCR Team has lined up some of the most talented riders on the international scene such as Nobby Ueda, Alex De Angelis, Mattia Pasini, Randy De Puniet, Roberto Locatelli, Carlos Checa, Casey Stoner, Stefan Bradl, Jack Miller and many others.

The 81 podiums and 24 victories overall testify to the great quality of the work done by all members of the team during over 20 years of competition. After nine seasons in the 125cc category and five in the 250cc category, since 2006 LCR has been involved in the premier MotoGP class with the official support of Honda Racing Corporation.

The joint Comet/Lavor sponsorship has been planned according to a careful commercial strategy, with the aim of promoting the two brands worldwide while, at the same time, strengthening the identity of the Group on the main markets of reference. The partnership with LCR Honda was officially presented on 8 November in Bologna during the 43rd EIMA (International Agricultural and Gardening Machinery Exhibition). Paolo Bucchi and Lucio Cecchinello took part in the event, which was set up for the occasion at the Comet stand (Hall 30,
Booth C3).

Paolo Bucchi (President and CEO of the Comet Group): “We are pleased and proud to have signed this three-year agreement with the LCR Honda team. The MotoGP championship is one of the most popular sporting events in the world and this sponsorship will be an exceptional promotional vehicle that will ensure great exposure to our brands and all commercial partners of Comet and Lavorwash.

The agreement with Lucio Cecchinello’s team is the upshot of the desire to build a lasting relationship which enables both of them to achieve ambitious goals, from both the sporting and industrial point of view. We are confident that this partnership will help Cal Crutchlow and the LCR team to achieve great results in the near future.”

Lucio Cecchinello (LCR Honda Team Principal): “We are really happy with this new project and we are honoured for the trust that the Comet Group has placed in our team, as ambassadors of their colours and values in the world: attention to detail, technical expertise and passion for our work are just some of the aspects that unite us. In the next three years we will do our best to support all their promotional activities and we will be proud users of their products on the race track, trying to give useful advice for the development of a range of high-pressure cleaners designed specifically for cleaning motorcycles, meeting the needs of thousands of motorcyclists worldwide.” 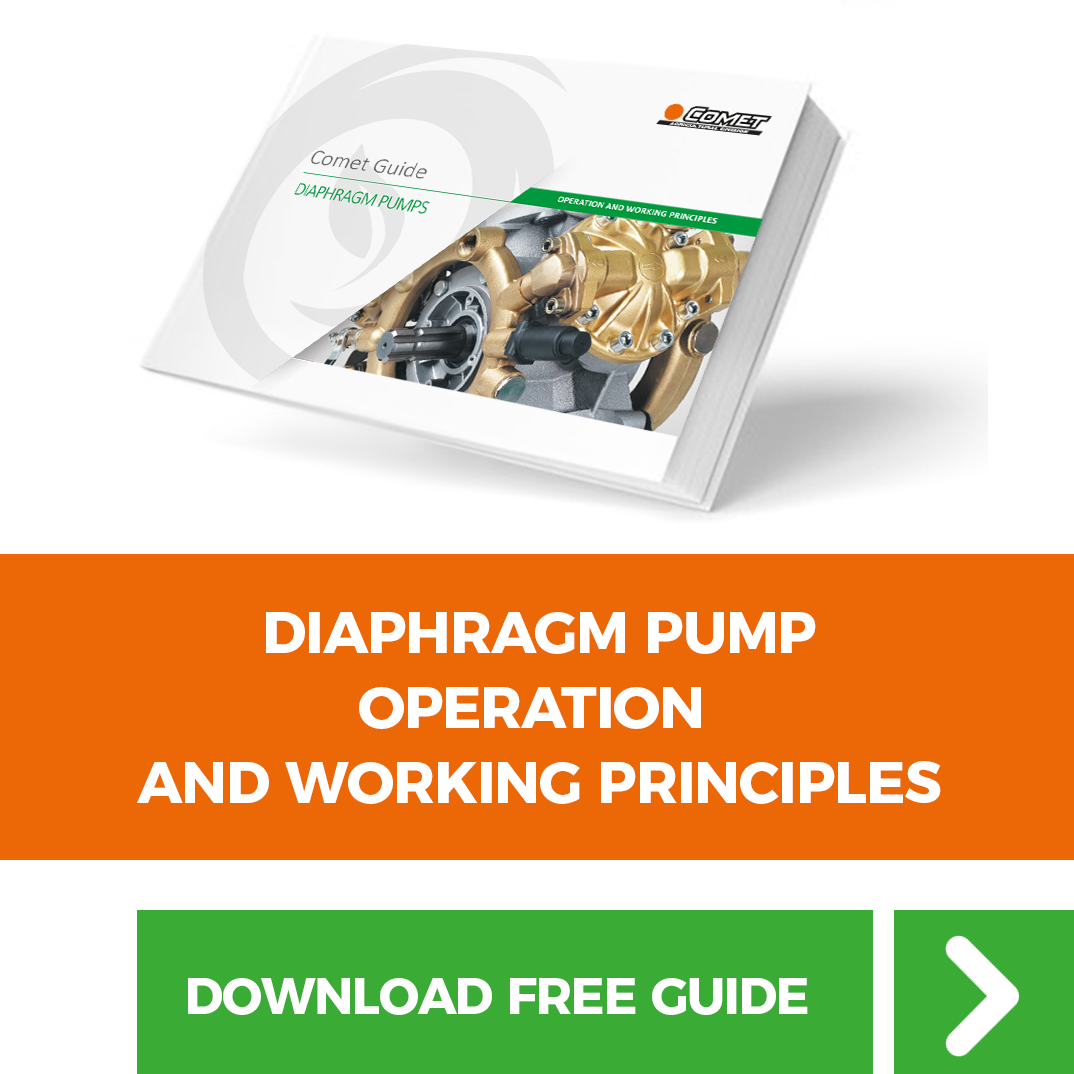 We inform that the cookies used in this website are “technical cookies” necessary in order to improve browsing, but also “analysis cookies” to make statistical analyses and “third party cookies”. You can get more details and block the use of all or just some cookies, reading the extended privacy policy. If you continue browsing this site, it is implied that you express your consent to the use of the aforementioned cookies. I agreeRead More
Go to Top